I was contacted recently to see if I'd be interested in taking a look at Jimmie Gonzalez's full length debut The Red Man, a psychological horror show that intertwines madness with celebrity mayhem.

"A celebrity DJ and recovering drug addict, Evan Gough has had enough — the fame, fortune and transparent friends; he is done. Increasingly recurring nightmares from a tragic past are stirring skepticism and suspicion about his life and neighbors at his trendy apartment tower.

Especially unsure about his psychiatrist’s prescribed medication regimen, Evan turns within and embarks on a soul-searching journey through psycho-self-analysis and his own intuition.

Suspecting that his psychiatrist, along with his new apartment neighbor, are possibly involved in a secret society conspiracy and are drugging and killing his fellow celebrity tenants, Evan teams up with Dr. Verde’s intern to find the truth." 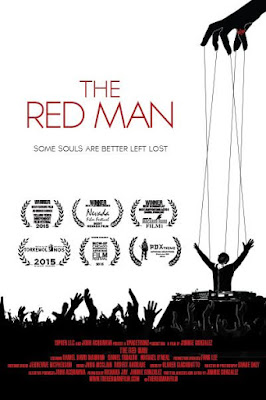 I'll be honest with you folks, I had some skepticism about this - mostly because I couldn't quite wrap my head around a secret society that is drugging and killing celebrity tenants. But surprises awaited me ...

I also really really really love this poster. I mean - just look at it. Look at this brilliant work of art. Horror Habit Genius Award to whoever designed this because I seriously can't stop staring at it. 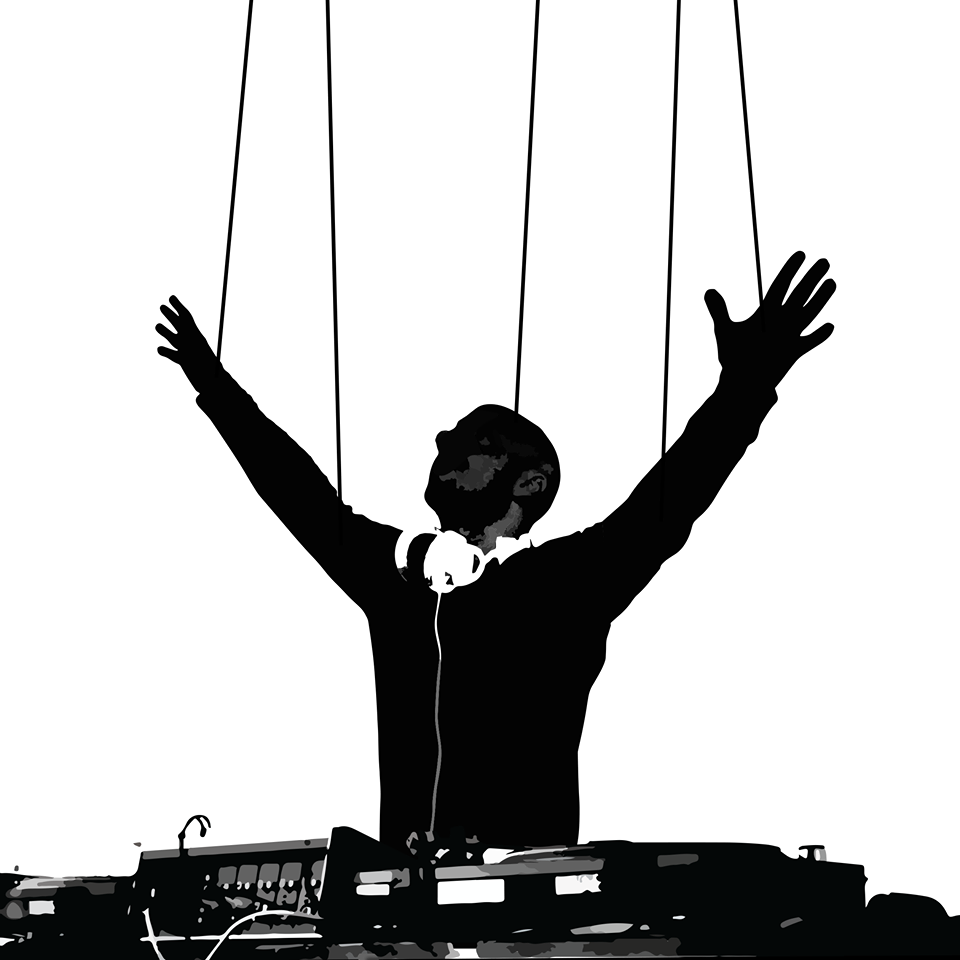 This is an ambitious feature. Ambitious in that the story revolves around drugs, madness, nightmares, conspiracy theory's, secret societies, murder, sexual violence - all under the influence of an intense musical score. That's a lot to put together in one film (and for the audience to experience)! Still, I think the ambition paid off.

Cringy, claustrophobic, bizarre, and surreal - this is a film that will make you uncomfortable. You know, like a good horror story should. It's taken me some time to write up a review for this film because it encompasses so many different aspects of horror and in so many ways. For a while there I wasn't even sure where to begin with a review, but I found a portion of the Director's statement that I felt helped express the film and the film watching experience nicely:

"After going through my own “DJ career” meltdown in 2004 I found redemption in an old friend, Cinema, most significantly, horror cinema. Like an addict, I searched for the safest near death experience in the confines of my own home theater. In that, I not only found myself, but the pure beauty and art in filmmaking from the likes of auteur’s Dario Argento, Roman Polanski, Stanley Kubrick and Alejandro Jodorowsky to name a few. Originally I intended to write, direct and score a modest entry level “slasher film” but the deeper I dove into researching the themes of my story; psychoanalysis, spirituality and pop culture, I couldn’t deny my drive to not only crack a personal code, but the fictional psychological horror mystery that is THE RED MAN....The Red Man is not only a personal film, but I feel a universal story. The awakening of a searching soul striving to know the answers to life’s most mysterious questions. Why am I here? What is my destiny? What’s on the other side of that rainbow? Although personally an optimist, the film sticks to its horror-mystery path, leading our protagonist to his own nefarious fate."

This film questions much of sanity, security, and success - while also exposing the audience to some of our darkest sides to self evolution.

I am not certain this is a film for every horror fan, but if you're a fan of the work of Dario Argento, Roman Polanski, Stanley Kubrick and Alejandro Jodorowsky then I think you might want to add this film to your To Watch list.

This film is now available world wide for all to watch. Go here to learn more.

A huge thanks again to the team for providing me this opportunity, and best of luck to the success of this film and to everyone's future endeavors.

Posted by Horror Habit at 4:25 PM No comments: