The director of this short horror film, Sorrel Brae, contacted me in October and asked if I'd be interested in checking out A Film By Vera Vaughn.

Short horror films, those delicious little morsels of terror, of course I'd be happy to check it out. Although it took me some time to get to the film - the second half of 2016 was all consuming - this short is a horrorific delight on all levels.

Synopsis: In this ghost story for the digital age, filmmaker Vera Vaughn works late into the night, editing her psychological thriller about a woman jeopardized by a mysterious home intruder. But when she’s interrupted by a knock at the door, Vera’s world takes a frightening turn toward the surreal as life threatens to imitate art – or is it the other way around…?

Director's Statement: What is the nature of identity? What are the psychological consequences of the creative process? Would you destroy a part of yourself if you could? And would you then still be yourself? How does a growing psychological isolation parallel our age of hyper-connectivity? These are just a few of the questions that inspired A Film By Vera Vaughn and, we hope, will inspire our audience. 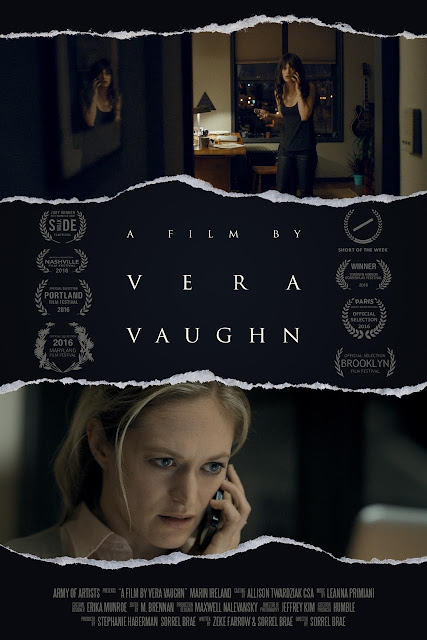 Just 10 minutes long and packed with texture and bony ambiance, this cool and calculated thriller is sure to delight just about any horror fan, and maybe even a few who don't consider themselves fans of the genre.

Although it might leave you with a few more questions than answers, this one will still leave any viewer with a nice collection of chills and mighty mind melds. Smart, original, brilliantly shot, and totally engaging - a round of applause to Sorrel and team.

Already highly acclaimed, this short premiered at the fabulous shortoftheweek.com on October 19, 2016. You can also learn more about the film and the artists who helped make this short possible here: http://www.afilmbyveravaughn.com.

Pairs with smokes, a shot of whiskey, and your phone set to vibrate. I know you have 10 minutes, so do yourself a favor and check this one out:


A Film by Vera Vaughn from Sorrel Brae on Vimeo.
Posted by Horror Habit at 5:00 PM No comments:

Kevin Kopacka, director of both short horror films Hades and Tlmea, reached out to me in September, asking if I'd be interested in reviewing his films. I was more than happy to (once I had the time - second half of 2016 was insane. Thanks for your patience, team!).

"The story of a woman trapped in an endless dream in which she has to cross the five rivers of Hades, each representing different stages of her relationship." 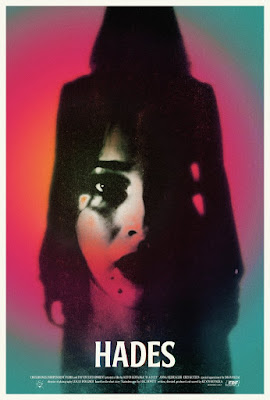 I watched this film several times. I loved it. It's beautiful, poetic, jarring, and weaved together with wonderfully striking vision. Everything had a purpose in this film, every tiny element, thus making (to me) the story that unfolded that much more of an intimate and tender experience.

The symbolism throughout this short film is simply fantastic, from the sounds of running water to paying the cab driver, and every tiny detail in-between. All that reflect the many emotions related to relationships and their complications - all are done beautifully and poignantly here.

I have recently discovered the conspiracy theories and various art forms debated/discussed regarding Kubrick's The Shining. So imagine my surprise at seeing The Shining's movie poster sitting in a closet in this film! What does it mean, you guys?!?!

This is absolutely a film that should be talked about afterwards with others. See for yourself, I know you have 15 minutes. Please enjoy:

HADES from Kevin Kopacka on Vimeo.

"The sequel to Hades, Tlmea (pronounced Tolomea) tells the story of two undercover cops, caught in a dream during a drug raid, in which they descend down the 9 levels of hell." 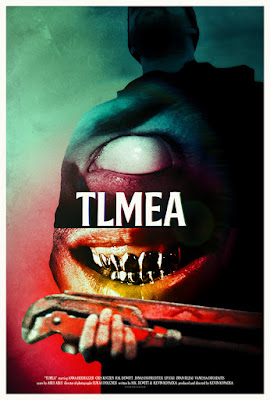 A moving painting! A moving Bosch painting at times, but still a moving painting! This film, a half hour long, is very similar to Hades in story line interconnections and style but far, far more frightening. Frightening in that it welcomes you with open arms into nightmare land.

Vibrant in color and cinematography, while also thrilling in it's ability to locate deep-seated dread, this film will have you looking for hugs afterwards.

Terrific acting, score, (well done on those tunes, Kevin), and a dialog that seethes with tension: this a well made art house horror film that may not connect with every horror fan but one that every horror fan should see at least once.

Kevin informed me that he considers both films rather unconventional in narrative and style (and I can see where he's coming from on that - love it!), and he's also a graduate of the University of Arts in Berlin and currently working as a painter. I absolutely see the influences in these two films. I also see him going far in this medium.

You can learn more about the director and his work here.

Although the full film is not yet available to the public, please take a moment to check out the trailer:

Best of luck to you, Kevin, the team and all your future endeavors. Thank you for giving me an opportunity to see these films.

Posted by Horror Habit at 4:16 PM No comments: